These bipolar ions seek out atoms and molecules in the air to trade electrons with, effectively neutralizing mold, PM10, PM2.5, VOCs, Formaldehyde, odors, airborne bacteria and viruses including coronavirus by 99.9% The 600 series are needlepoint brush type ionizers producing an equal amount of positive and negative ions neutralizing harmful pollutants and odors. This self balancing unit is highly versatile as it may be installed at the fan inlet of an air handling unit, fan coil unit, PTAC, heat pump and a VRF ductless split system. This unit is UL2998 validated for ZERO OZONE emissions. 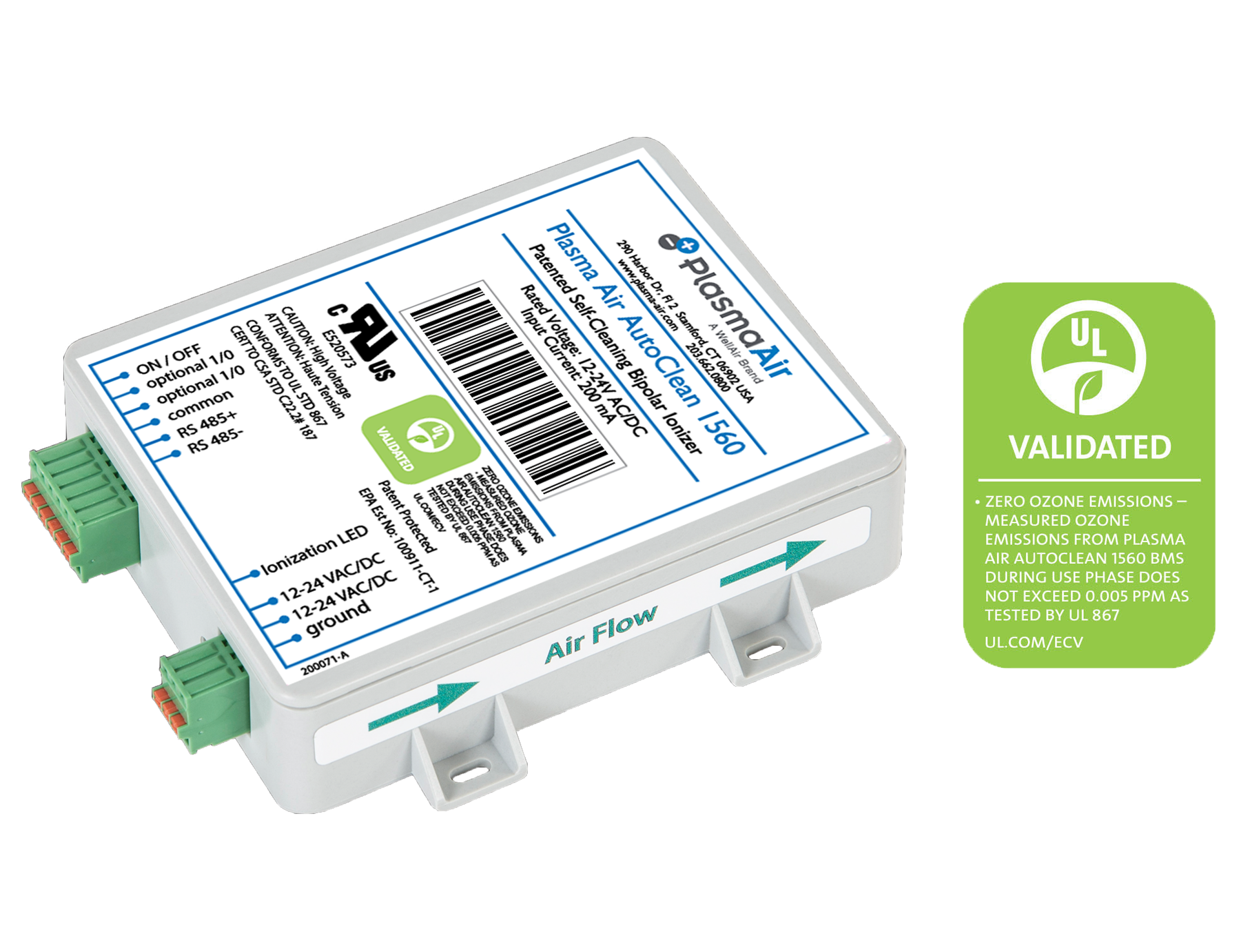 The Plasma Air AutoClean 1560 is an automatic cleaning needlepoint ionizer that automatically removes dust and dirt build-up on the emitters eliminating the need for any maintenance. Easily mounted at the fan inlet of any air handling system, including RTU’s, ptacs, mini-splits, fan coil units and VRF systems. UL2998 validated for ZERO OZONE emissions.. Negative Ions are Everywhere in Nature

The benefits of negative ions have long been confirmed in scientific studies before ion products gained popularity. In fact, ions can be found naturally in nature after an atom loses or gains an electrical charge. Studies have shown that negative ions have the capability to inhibit harmful bacteria and purify the air. They are even used in hospitals to reduce pollutants.